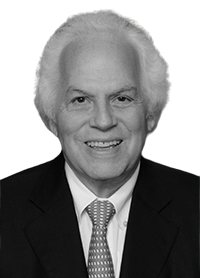 Stanley B. Prusiner is Director of the Institute for Neurodegenerative Diseases and Professor of Neurology and Biochemistry at the University of California San Francisco (UCSF). He received his B.A. in Chemistry in 1964 and his M.D. in 1968 from the University of Pennsylvania. After completing his military service as a lieutenant commander in the U.S. Public Health Service at the National Institutes of Health and his neurology residency training at UCSF, he joined the UCSF faculty in 1974 and set up a laboratory to study brain diseases.

Prusiner discovered an unprecedented class of pathogens that he named prions. Prions are proteins that acquire an alternative shape that becomes self-propagating. As prions accumulate, they cause neurodegenerative diseases in animals and humans. Prusiner’s discovery lead him to develop a novel disease paradigm: prions cause disorders such as Creutzfeldt-Jakob disease (CJD) in humans that manifest as (1) sporadic, (2) inherited and (3) infectious illnesses. When proposed, many scientists considered Prusiner’s concept of “infectious proteins” as well as his proposal that a single protein could possess multiple biologically active shapes or conformations to be heretical. Based on his seminal discovery that prions can assemble into amyloid fibrils, Prusiner proposed that the more common neurodegenerative diseases including Alzheimer’s and Parkinson’s diseases may be caused by prions. Remarkably, a wealth of evidence continues to accumulate arguing that prions cause not only these common degenerative diseases, but also ALS, the frontotemporal dementias (FTDs), chronic traumatic encephalopathy (CTE) and multiple system atrophy (MSA). Much of Prusiner’s current research focuses on developing therapeutics that reduce the levels of the specific prions responsible for Alzheimer’s, Parkinson’s, MSA, the FTDs, CTE and CJD.

Prusiner’s contributions to scientific research have been internationally recognized: He is a member of the National Academy of Sciences, the Institute of Medicine, the American Academy of Arts and Sciences and the American Philosophical Society, and a foreign member of the Royal Society, London. He is the recipient of numerous prizes, including the Potamkin Prize for Alzheimer’s Disease Research from the American Academy of Neurology (1991); the Richard Lounsbery Award for Extraordinary Scientific Research in Biology and Medicine from the National Academy of Sciences (1993); the Gairdner Foundation International Award (1993); the Albert Lasker Award for Basic Medical Research (1994); the Wolf Prize in Medicine from the State of Israel (1996); the Nobel Prize in Physiology or Medicine (1997); and the United States Presidential National Medal of Science (2009).

Prusiner is the author of over 500 scientific research and 300 review articles, and editor of 11 books on diseases caused by prions. Prusiner’s recently published single-author book Madness and Memory, which chronicles his discovery of prions, has received wide acclaim. He holds 50 issued or allowed United States patents, all of which are assigned to the University of California. He has delivered over 150 honorary and over 725 invited lectures. Currently, Prusiner is the President-elect of the American Neurological Association.