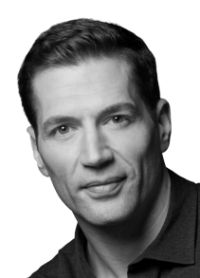 Dr. Joel Dudley serves as the Senior Vice President for Research at Tempus. Dr. Dudley was Associate Professor of Genetics and Genomic Sciences and founding Director of the Institute for Next Generation Healthcare at the Icahn School of Medicine at Mount Sinai. He also served as Executive Vice President for Precision Health for the Mount Sinai Health System. Prior to Mount Sinai, he held positions as co-founder of NuMedii, Inc. developing machine learning technologies for drug discovery and Consulting Professor of Systems Medicine in the Department of Pediatrics at Stanford University School of Medicine. He is also co-founder of Onegevity Health, a precision health company. His more than 200 peer-reviewed research publications established novel precision medicine paradigms at the nexus of -omics, digital health, artificial intelligence (AI), scientific wellness, and healthcare delivery. His work has been featured in the New York Times, Wall Street Journal, Scientific American, MIT Technology Review, CNBC, and other popular media outlets. He was named in 2014 as one of the 100 most creative people in business by Fast Company magazine. He is co-author of the book Exploring Personal Genomics from Oxford University Press. Dr. Dudley received a BS in Microbiology from Arizona State University and an MS and PhD in Biomedical Informatics from Stanford University School of Medicine.