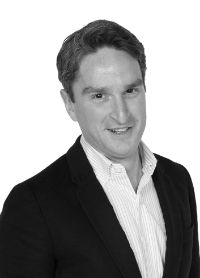 Daniel Goldman serves as General Counsel to Scientia Ventures. He previously was a founding member of an algorithmic asset manager and an economic data analytics firm and serves as senior advisor to each firm. Prior to that, he worked in business development for IIX, a financing platform backed by the Asian Development Bank and the Rockefeller Foundation; for the World Bank on corporate governance matters; and in portfolio development for Balfour Venture Partners, an investment advisor focused on life sciences and software companies. Prior to that, he was an independent film producer and worked for the New York Stock Exchange.

Daniel holds a B.A. from Columbia, where he was a John Jay National Scholar; a J.D. from Georgetown; and an M.B.A. from Yale, where he was a winner of the Yale Law and Business Society Entrepreneurship Challenge. He has presented research at the University of Cambridge, the World Bank, and South by Southwest on data analytics and sustainable development. He holds seven U.S. patents in computational modeling and data analytics, and is the author of a book chapter on technology policy in the Middle East. He serves on the boards of a Kenyan startup accelerator and an alumni nonprofit group, and is a founding member of Invest Africa US. He is a member of the Young Leaders Circle of the Milken Institute, the New York State Bar, and the International Institute for Strategic Studies, and serves on the Bretton Woods Committee.